Hey all! My name’s Naomi and I’m the character designer and animator for Grobo. This week, I’m here to talk to you about the character creation process we went through for Grobo and some of the challenges we faced when designing a character for the mobile platform.

Grobo wasn’t preordained to be a cute robot. Early on in the design process, we had a hard time coming up with a general look for Grobo. He had to harmonize with our idea for the environment and the basis for the future plot. Was he ruined by time? Was he even humanoid? Should his design showcase his abilities? How complex should he be since he’ll be really small on screen? It was important that he had a unique silhouette in some way as that helped keep the character recognizable and could maybe be used in a logo. All these thoughts drove our ideation.

After everyone submitted designs and nothing we came up with felt right, we started asking ourselves what were the do’s and don’ts for Grobo’s design. We analyzed what we liked and didn’t like about each of our concepts and used that to narrow down what we were looking for. I had a simple design with a cowlick head that was some degree unique and inviting, but it looked too childlike. So I was asked to come up with some other ideas involving the cowlick, and some other completely original ideas since we hadn’t yet really explored non-humanoid forms. 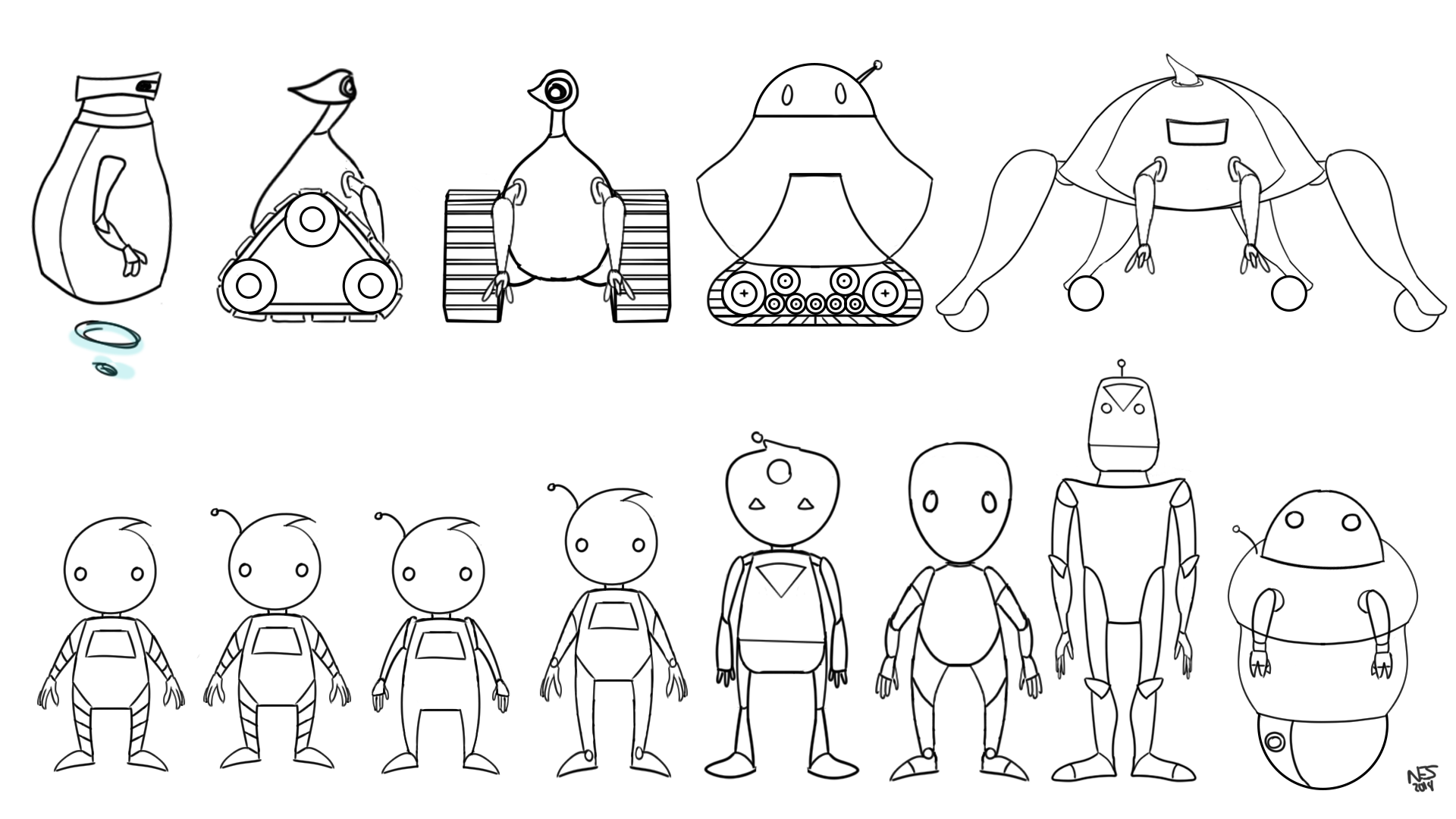 After about 3-4 rounds of ideation, I strongly felt that Grobo should be a little bit cute and we all agreed he should definitely be humanoid. The almost final design was created as an amalgamation of previous ideas with a fresh set of arms. This is the basis for what is now Grobo. 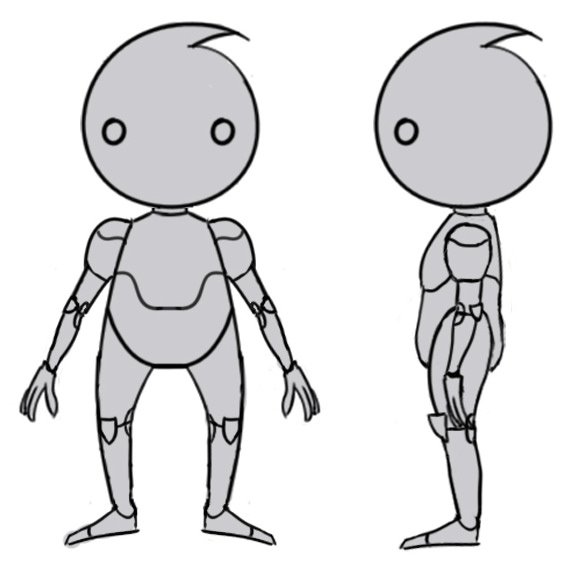 For color, after trying many color schemes at many levels of detail and simplicity, we went simple with blues and gray and subtle cel shading to help Grobo stand off the myriad backgrounds we were planning.

After the idle and run had been animated and implemented, we came across one more problem with Grobo’s design. You couldn’t see him on a phone screen. Initial playtesters couldn’t find him no matter what we tried. He was too skinny. We almost ended up back at square one until someone in one of our meetings suggested chibi-fying Grobo-- i.e. give him a big head and small body. 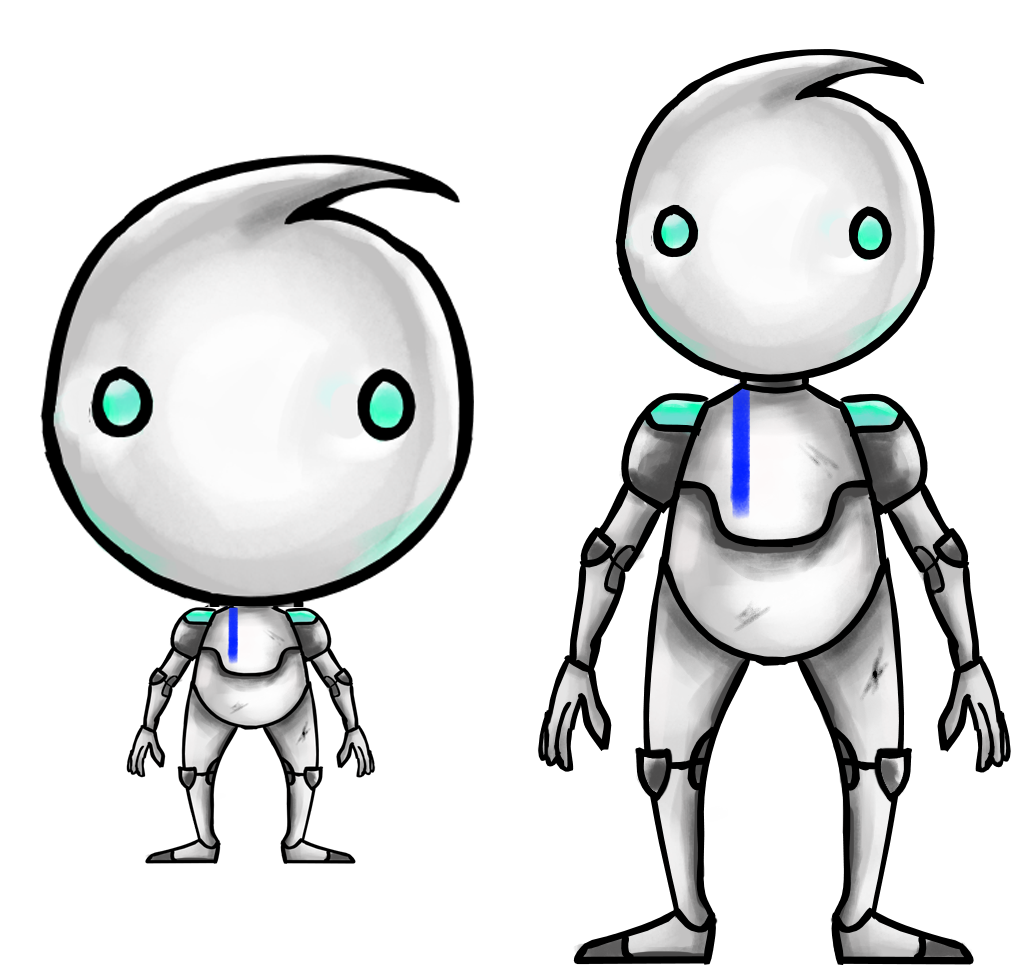 What a world of difference that made. Suddenly, people were saying he was cute! Other minor tweaks were made to get to the final product, including using a heavier weight line for final inking. But the final result is Grobo as we know him. As you can see, character design isn’t always straightforward, nor is it always easy. A good idea isn’t always the right idea, but collaboration and revision will always net a better end result. 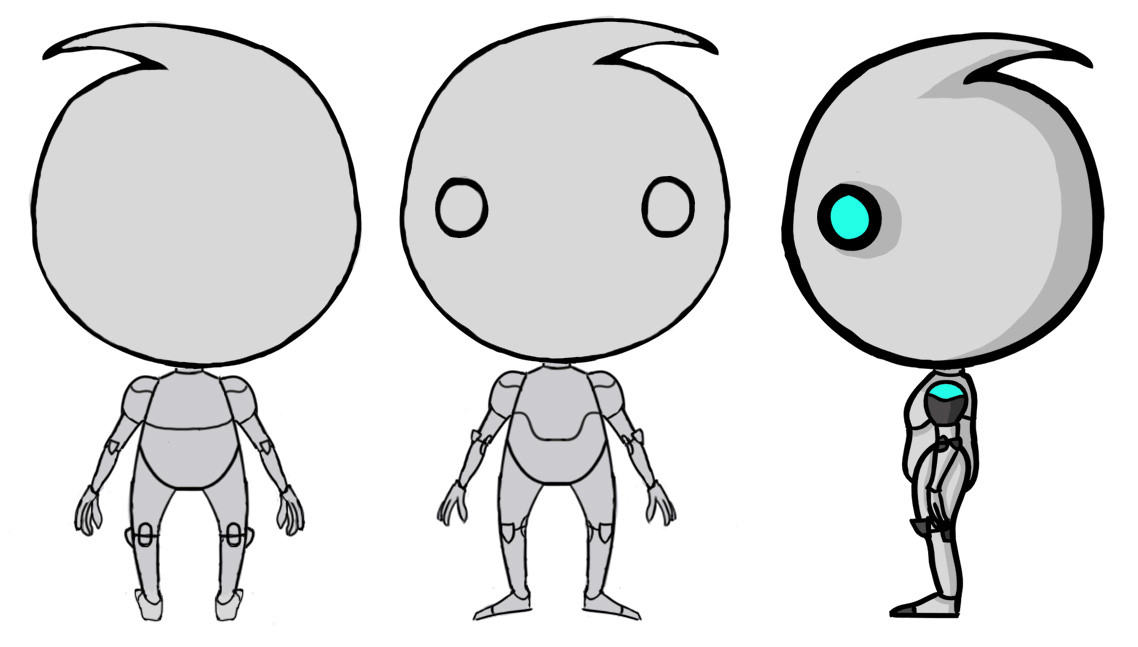