First, let’s discuss what we at HCG are aiming for with Grobo. We are striving to make a game accessible to anyone who wants to explore a story of mystery and discovery and to exercise their brain with fun and challenging puzzles. It should have a little bit of something for everyone. That, in itself, is a difficult challenge. We must design levels that a non-gamer can understand, but also levels that a lover of puzzles can still find challenging and stimulating. In the beginning, we received a lot of community feedback that the levels were too hard. This is due to how we originally designed the levels.

Let’s take a look at this level made earlier in the process: 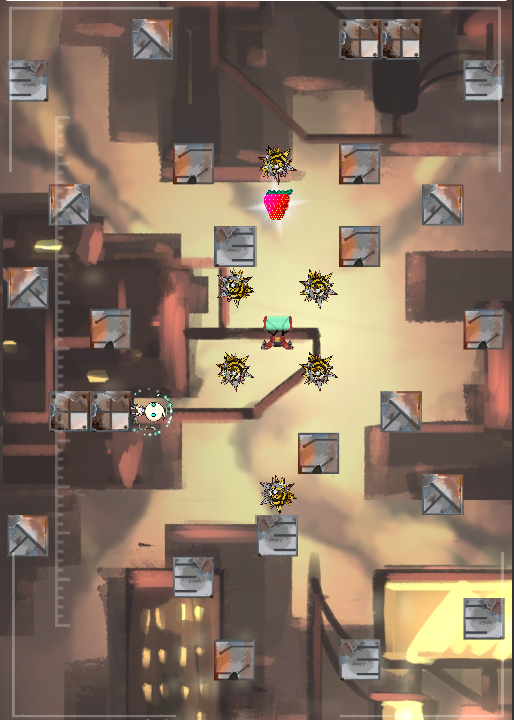 There is a big flaw in this level’s design. The puzzle is not obvious. You might be saying, “What does that mean? I can see it right there.” Let me explain. What I mean is that what you should be doing is not obvious. Yes, your goal is to get to the red terminal with the glowing screen, but how to get there is very difficult to discern. In other words, this level is a maze. Mazes have myriad twists and turns, meaning they usually require many steps to solve. The more steps there are, the harder a puzzle is to solve. In addition, it’s not a 2D maze like when you’re solving a maze on pen and paper. It’s a quasi-3D maze. The fact you can change gravity means the maze changes drastically each time you make a move. The complexity of trying to solve something like this is much higher than you might expect. Quite often, you’ll solve the puzzle by accident. You’ll make moves at random to see if you might get closer to your goal, but the lack of those hard black lines on a paper maze makes it really tough to see if you’re actually getting closer. Quite often, if you solve this level, you might have solved it through trial and error and when you get to the end, you have no idea how you won. You get no sense of accomplishment and no sense of satisfaction. 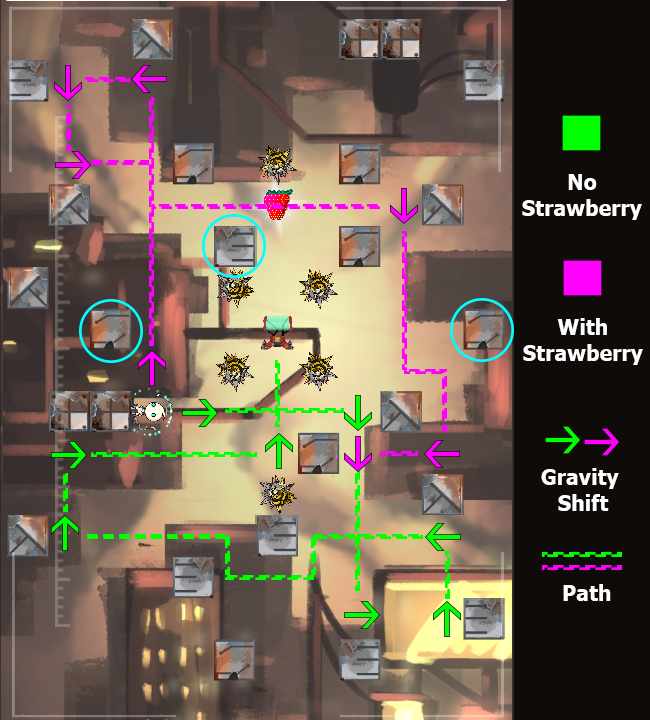 If you look at the solution of this level, it only uses the bottom half of the level. There are a lot of blocks towards the upper half that seem like they might get you where you need to go, but in actuality, don’t. They only net you the collectible. If you look at the blocks circled in cyan, these look like they would be a possible solution to reach the exit, but you’ll find you have no way to get to the goal. However, there is no logical puzzle you have to solve here. It’s merely, “Is this the right path?” And with so many misguiding possibilities, it’s hard to single out the correct answer. There’s no indication that you’re even on the right path when you are solving it. This level looks like it has too many options and is also nothing but a maze. Solving it usually takes a very long time and a lot of guesswork, which isn’t very fun. You might feel accomplished, but you likely won’t feel satisfied.

This is very important. People play puzzle games to exercise their brains and to challenge themselves. We want to understand what we did, how we did it, and be recognized for the fact that we did it. To me, a good puzzle should have an “Aha!” moment - a revelation when you understand what you’re supposed to do. You execute that idea and then everything falls into place. You should have a feeling of accomplishment and satisfaction for figuring solving the puzzle. After all, the fun to a puzzle game is solving puzzles, not exploring, not defeating tough bosses, and not competition. If you don’t know what you did to solve the puzzle, you’ve probably missed all of the fun.

With this revelation of my own, I set out to change almost all of the levels within Grobo. My goal was to shift the levels from mazes where you wandered aimlessly to solve the puzzle to levels that required you to go “Aha! I know what to do. Now how do I execute my idea?” I also aimed to reduce the amount of necessary steps to solve a level. This meant the levels were overall easier and more straightforward. The result was a level such as the one below. 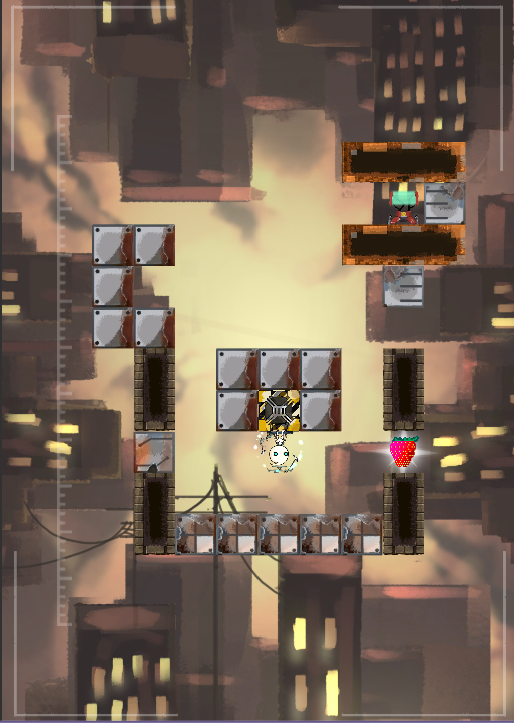 Compared to the earlier level, this level is much more effective. Firstly, you’ll notice that there are less elements to distract or misguide you from the correct path. This means you don’t need to spend a lot of time and guesswork finding the puzzle. Second, it uses, at most, one or two logical interactions with the crate. Figuring out those interactions are the “Aha!” moments in the level. Once you discover those, you’re rewarded with your victory immediately rather than the task to complete nebulous steps afterwards like with the previous level. This makes the level shorter, clearer, and concise, thus making it easier and more straightforward as mentioned previously.

Designing a fun and challenging puzzle level is no easy feat, but it is what I strive for. Otherwise, what’s the point in playing it in the first place? I hope that when you play Grobo, you’ll realize the love and care that goes into crafting the levels because we at HCG want you to challenge yourself and have fun while doing it. We want you to feel accomplished when you finish a level. And for that, I will iterate them as many times as it takes to get you scratching your head and smiling.