The Ethics of Mobile Gaming

Hi everyone, my name is Arman and I’m on the business & strategy side of Hot Chocolate Games. My role is to support the dev team by providing insights and analysis into the gaming market, as well as developing corporate strategy and making financial decisions. Our talented dev team is responsible for building and ensuring an enjoyable, immersive experience, and I am responsible for making sure we keep the lights on without succumbing to the dark side of the gaming market.

As a company that develops mobile games, HCG depends on players to have mobile phones and to spend time playing our games. However, many monetization strategies and game design philosophies have gotten significant criticism for their roles in encouraging and exploiting smartphone and mobile game addiction. For HCG to be a responsible gaming studio, it’s important for us to understand the value proposition that our games offer and the impact that it has on our players.

The most important player feedback we can get is not in terms of downloads or revenue figures, but in terms of user satisfaction and the reasons behind that satisfaction. We want our audience to play Grobo because of our puzzles, our narrative, our world-building, etc, and not because of addicting gameplay mechanics. Smartphone addiction is a clear problem with no clear solutions, and there are a number of initiatives and features being rolled out to curb our addictions. With its iOS 12 update, Apple introduced Screen Time, a feature that tracked your iPhone usage and gave you a weekly notification letting you know how much you’ve used it.

Smartphone usage statistics are difficult to find, but most tell the same story - people are becoming more and more dependent on their smartphones, and it is becoming a major ethical issue in the gaming industry and in mobile technology as a whole.

We’ve taken a look at a few of the key ethical issues in the mobile gaming space and how HCG has addressed them in our upcoming game, Grobo. This post is not meant to criticize any particular game or studio, but to provide insights into what we value as a studio.

There are multiple layers to smartphone, and specifically mobile gaming, addiction. Smartphone design is meant to be addicting, and there are several initiatives fighting for ethical smartphone usage, such as the Center for Humane Technology.

A number of studies have analyzed what kind of structural gameplay mechanics encourage further gameplay, often due to a player’s frustration with the outcome rather than a player’s satisfaction. A 2017 study of Candy Crush gameplay determined that the game encourages players to extend their playing time using a similar strategy to slot machines - near-misses. By almost solving the puzzle, the player becomes frustrated, which is a negative player experience, but the player is more aroused and interested in moving on. The entire in-app purchase monetization structure is based on this frustration, and it leads to players spending both more time and money than they initially intended on a game. 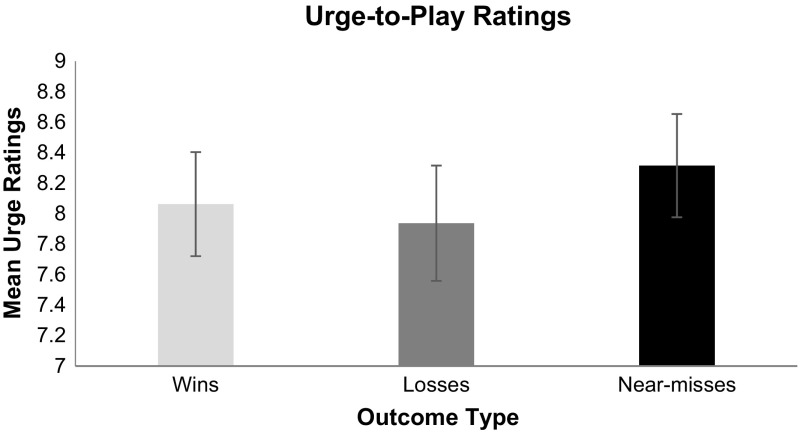 Source: “The Candy Crush Sweet Tooth: How ‘Near-misses’ in Candy Crush Increase Frustration, and the Urge to Continue Gameplay”

As we worked through the potential monetization strategy for Grobo, we strongly considered the freemium method as a way to have as many downloads as possible, while replicating what a number of other games have done by earning revenue through in-app purchases. However, through playtest sessions and feedback from the conventions we’ve been to, we determined that limiting lives and making overly complicated mazes naturally led to a lot of user dissatisfaction. As a result, our lead level designer, Steven, went back to the drawing board and re-engineered most of our levels to enable players to get a feeling of both satisfaction and accomplishment without leading them on with dead ends or “near-misses”. Check out his blog post about the evolution of Grobo’s level design to learn more!

“Whales”, or high-spending customers, have long been targets in the sales industry. Some reports indicate that the term originated in the gambling space, a theme we’ve referenced in the last section of this post. In the mobile games space, whales are infamous for the disproportionate impact that they have on revenues. Figures vary by source and time period, but the story is always the same. For example, a 2016 report by Swrve found that nearly half of all mobile gaming revenues came from less than 0.2% of players. Once a mobile game has found its pod of whales, there is less incentive to continue developing and providing a valuable experience. Instead, the goal becomes to extract as much value from the whales as possible.

Quick Google searches can point you to stories of what it is like to be a whale and the impact that it has on someone’s life in the real world. Many stories are moving and demonstrate vulnerability, dependence, and a lack of control. Some studies have focused on problematic smartphone usage, such as using smartphones while driving, in movie theaters or during social gatherings, and have noted that certain personality traits leave people more susceptible to smartphone addiction. Depression and anxiety are associated with gaming addiction, and when hunting for whales, it is these kinds of players who are targeted since they are most likely to become dependent and addicted to the game.

Problem 3: Cannibalization Within the Smartphone Ecosystem

The competition within the mobile gaming space extends beyond the “Games” category of the app store. There is only a finite amount of time that a smartphone user can be on their phones, and although that number is growing over time, some reports claim that mobile games are growing slowly relative to peers.

The biggest competitor to mobile games is social media, as there are several studies and statistics on the number of times that a user checks their smartphone for social media updates. Platforms like Facebook, Instagram and Twitter have come under significant scrutiny for their “addictive user experience”. However, some see those platforms as shortcuts to a basic human need - interaction and connection. There are inherently social games which overlap elements from both social media and mobile games, such as Fortnite and Pokemon Go, which have seen mass popularity. For many players, the value is not about the core gameplay, but the shared experience with everyone from friends and family to complete strangers.

As the love-hate relationship that we have with our phones evolves, users may focus on a few core apps, such as their social media apps, and dedicate less time to playing mobile games. As a result, we focused on making Grobo the type of game that can be easily picked up and played. Complex gameplay mechanics, open worlds, and longer levels definitely have their place in the gaming ecosystem, but we believe that with the fierce competition in the mobile gaming and smartphone ecosystem as a whole, the fewer barriers to an enjoyable experience, the better.

Ultimately, we believe that a rewarding gaming experience shouldn’t be a frustrating one, nor should it be an exploitative one that leaves a player broke and regretful. In the indie space, we see many games that focused on providing a fulfilling and rewarding single player experience, which we believe that Grobo provides as well. As the mobile gaming industry evolves, we believe that player satisfaction should be at the forefront, and Hot Chocolate Games wants to be part of that journey, one game at a time.